‘Price of the Big Push. Casualties of the Great Advance.’ This was a headline in the Courier newspaper on 11th August 1916, above a gallery of photographs of soldiers killed, injured or missing in action in the Great War. Their subjects are representative of the ordinary men who were caught up in the conflict, and of the gaps they would have left in the town’s life, as well as that of their families. They include gardeners, shop assistants, domestic servants, a book dealer, a print worker, a blacksmith and milkman George Quinnell.

George was born in Tunbridge Wells in 1885, the son of a grocer’s warehouseman. In 1901, aged sixteen, he was working as a grocer’s porter (possibly in the same business as his father). Ten years later (at the next census) he was a milkman, working in Tom Carter’s dairy at the foot of St James’ Road. George was an active member of the local branch of The Ancient Order of Forresters, a Friendly Society.

When war broke out in August 1914, large numbers of men enlisted (including 1,300 from the Tunbridge Wells area in the first six months). However, as time went on, voluntary enlistment was not happening on the scale required. Under the Derby Scheme, which was in operation from October to December 1915, all men between 18 and 40 were given the opportunity to volunteer immediately, or to ‘attest’ their willingness to serve when called on. In Tunbridge Wells the scheme was operated by the Council. Canvassers went from door to door with registration forms and around 1,600 local men attended the Drill Hall (in the Corn Exchange on the Pantiles) and signed up. George was one of them. Having attested, he probably went straight back to his work as a milkman, wearing a grey armband with a red crown, to signify that he had volunteered.

In March 1916, 31-year-old George was called up to the 7th Battalion of the Royal West Kent Regiment. The Battalion had been raised in September 1914, done their training in Colchester and on Salisbury Plan and travelled to France in July 1915. However, George had only three months’ training before he joined them overseas. Just a couple of weeks after that he was fighting in the Battle of Albert, the first of the Somme battles. The 7th Battalion were deployed to capture Trones Wood. An account published in the Sydney Morning Herald described what they faced there:

‘Meanwhile the West Kents were fighting in a blazing furnace. Their trenches were pounded to dust by high explosives, flame jets and gas were turned on at intervals and constant bomb attacks were made.’

The conditions George experienced – cramped trenches, acres of mud, barbed wire, machine gun fire, constant shelling and injured, dying and dead men all around him – were very different from the life he had left behind in Tunbridge Wells. They are inconceivable to us today.

Meanwhile at home, George’s father and sisters Ellen and Edith waited for news. As reported in the Courier, they were informed in August 1916 that he was missing in action. One of his sisters appealed for information in the columns of the Kent Messenger around that time. But it was not until March 1917 that they learnt George had died on  13th July 1916, the final day of the Battle of Albert. George was an ordinary man, whose life left little trace. But it seems that he was a good man – the Courier’s report of this death said that he was respected and loved by all who knew him. 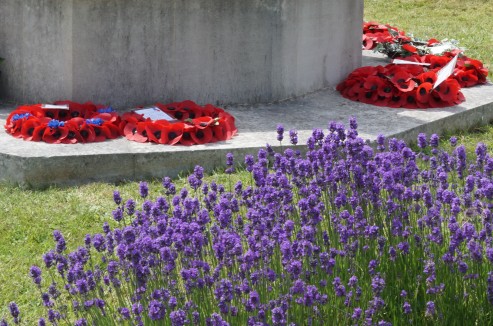